The article considers the peculiarities of two nihilistic philosophies: Nietzsche’s and Heidegger’s. Both similar features and differentiating elements between the two programs are examined.

Nietzsche’s nihilism grows out of the conviction that the existing catalog of sense-giving values has been exhausted and that it is necessary to build upon its ruins a completely new set of values that will reflect man’s true situation and creative potential. Nietzsche’s proposal was formulated at a time when his philosophical creativity was in decline; when considered post factum this takes on symbolic importance. The new formula for greatness presents a vision of man’s development that for its creator turns out to be completely incapable of being fulfilled and at the same time marks the end of the of his creative career.

The second nihilism on the one hand is the result of a negative reaction to the understanding of the world and values presented by the author of Zarathustra, while on the other hand it develops in the awareness of carrying out a historical mission, which took place when Heidegger was under the influence of the Nazi ideology. The connection between these two facts lends symbolic importance to his ideas and leads one to ask about the proper sense and value of the philosophy of nihilism of the author of Sein und Zeit. 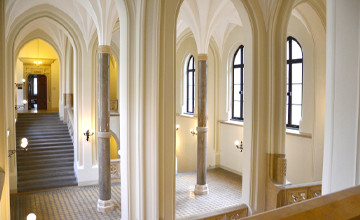